How simplicityDX market leading frustration detection helps you identify the most important issues with your site's experience.

Written by James Wood
Updated over a week ago

simplicityDX automatically tracks and monitors key customer frustrations with your website to help you find and fix the parts of your digital experience that are frustrating customers the most.

simplicityDX monitors every customer interaction on every page looking for repeated clicking on specific elements. 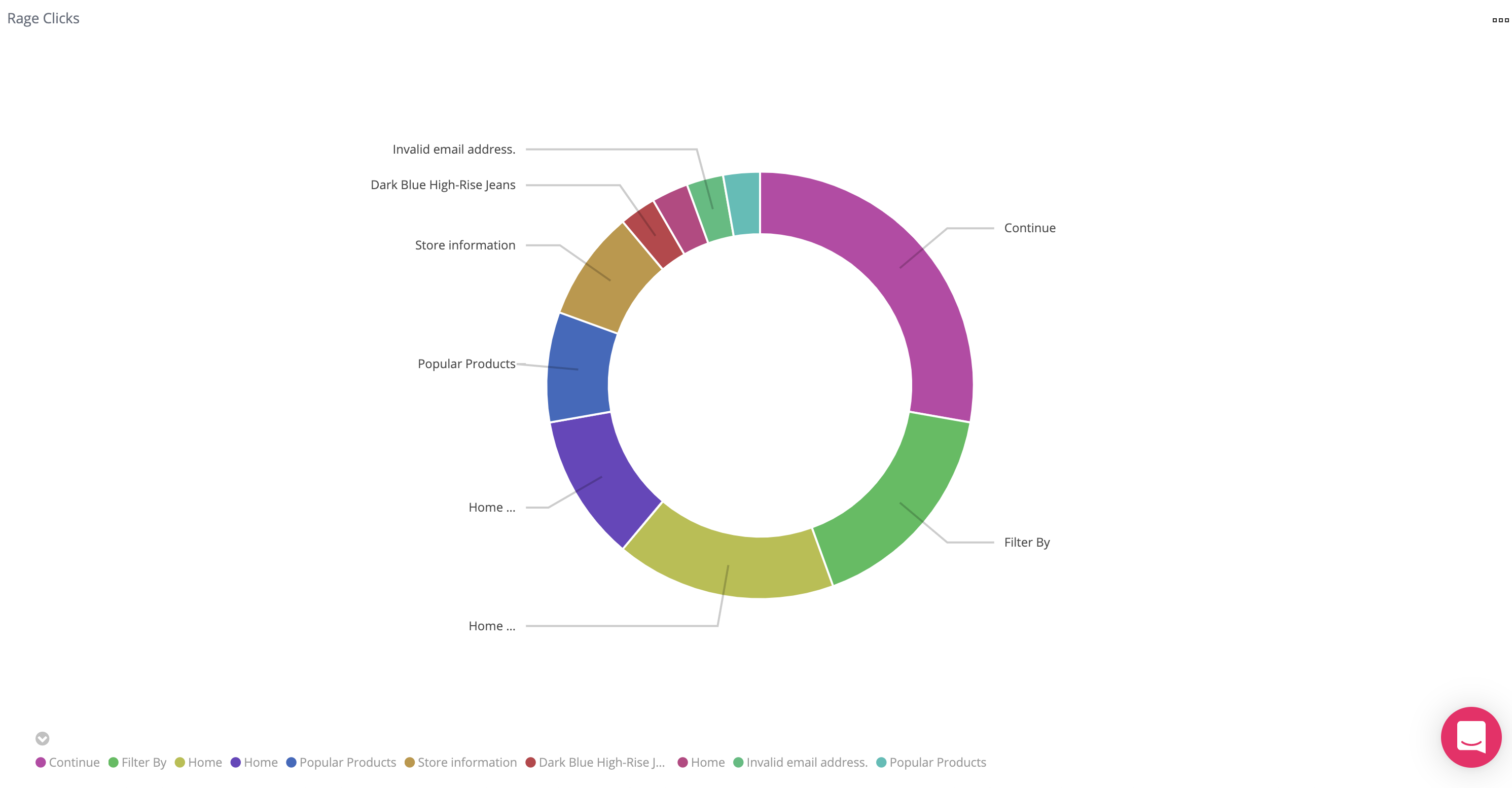 Where a customer repeatedly clicks on an element, the following information is stored in simplicityDX...

A rage click is defined as 5 clicks with a maximum delay of 300ms in between each click, this is customizable within your JS should you want to adjust the tolerances.

Rage Click data can be shown in many ways in simplicityDX, depending on your preferences. By default, we show all rage click information on your 'Home' dashboard as a pie chart.

Each segment in the pie chart shows a count of the number of users who raged clicked on that specific element.

To quantify and get context of how many users were impacted, you can hover over a segment to get a detailed breakdown. By default the graph shows users impacted, but you could also use 'Revenue Lost, 'Items in Cart' or 'Average Customer Spend' depending on your account configuration and preference. 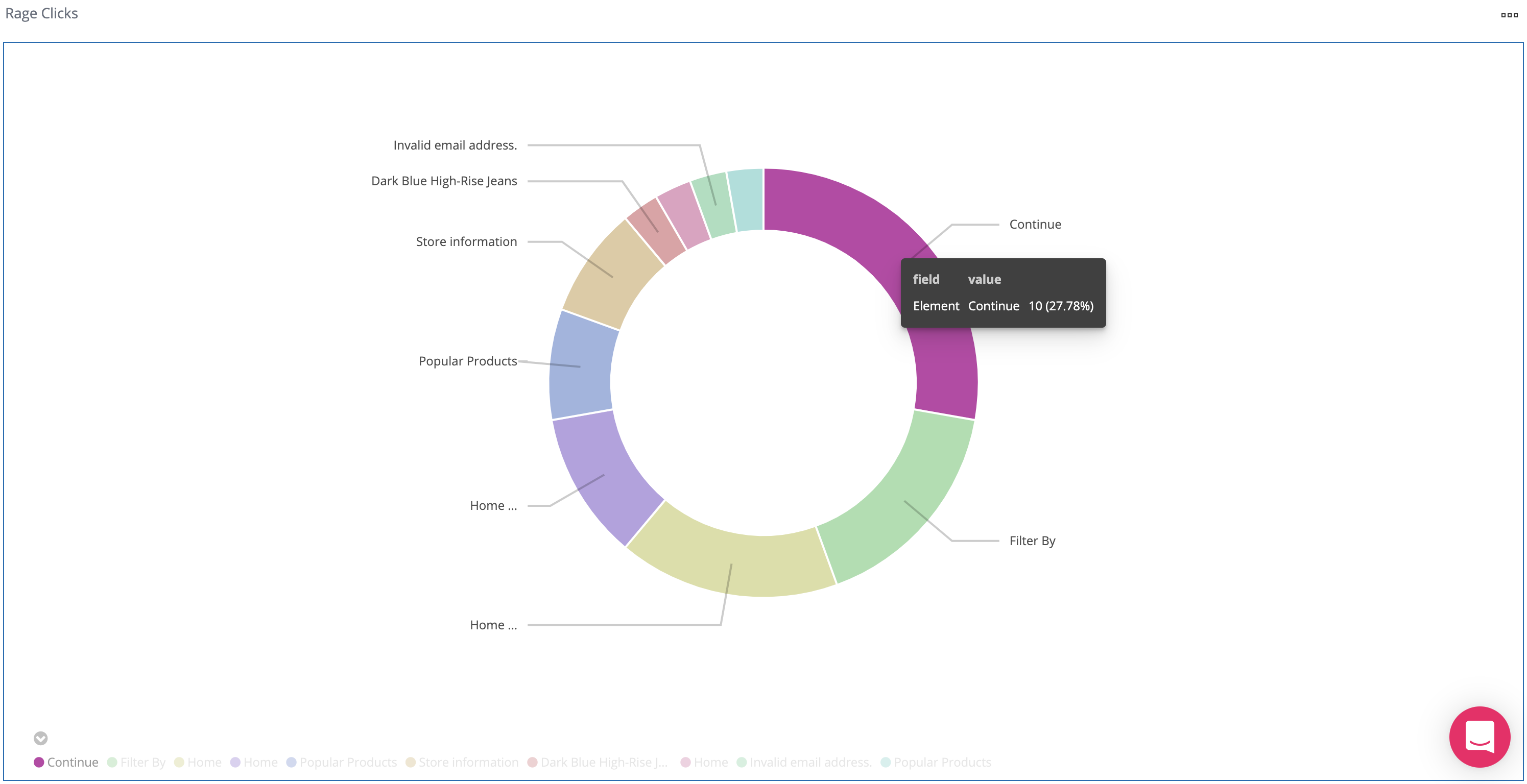 You can also use the 'View Sessions' link on the top right of every chart to jump straight to sessions which were impacted by an issue. 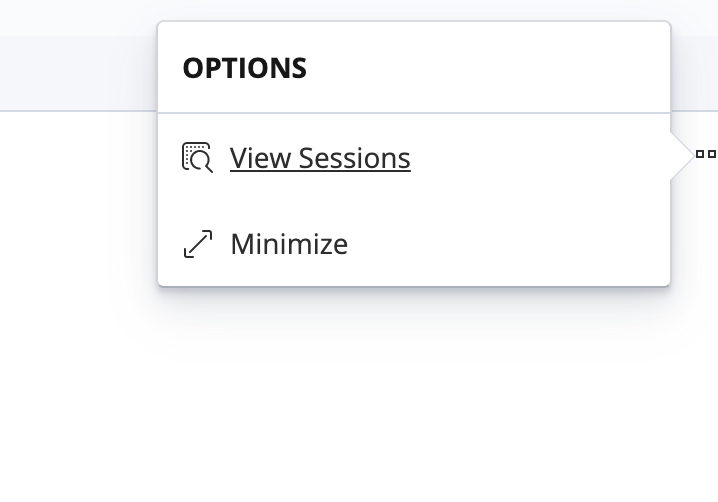 Dead Clicks is very similar to Rage Clicks in that it automatically monitors for customer frustration. 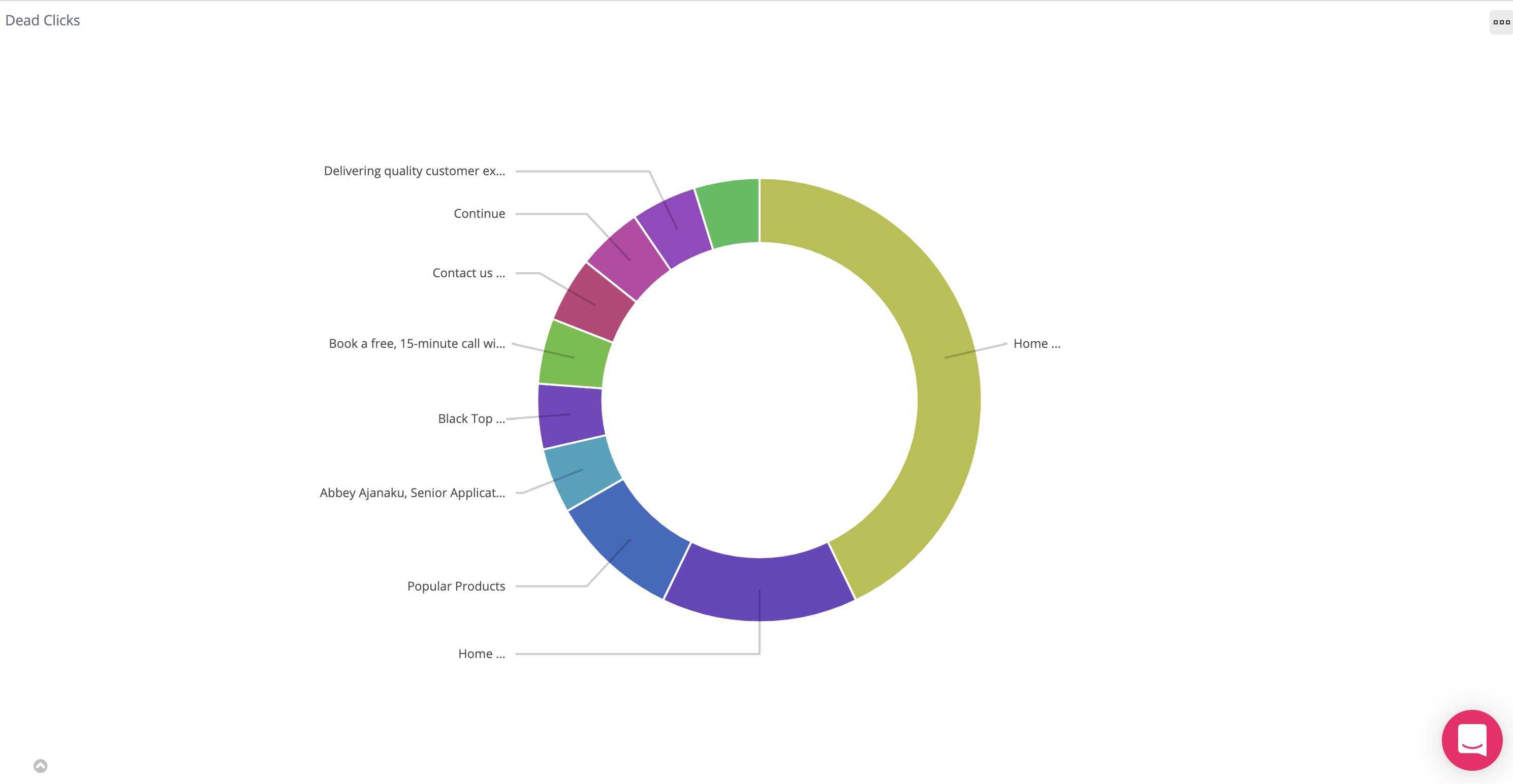 Dead Clicks are classified as where the user clicked on an element repeatedly, but there was no change on the page.

This usually indicates the user was expecting something to happen when they clicked on the element, but nothing changed.

This is a nuanced behaviour and can often require viewing a session replay or exploring an issue in more detail to identify what the user was expecting to happen.

The data recorded for Dead Clicks is....

Error Clicks are triggered when the user clicks on an element on the page which then triggers a console error. 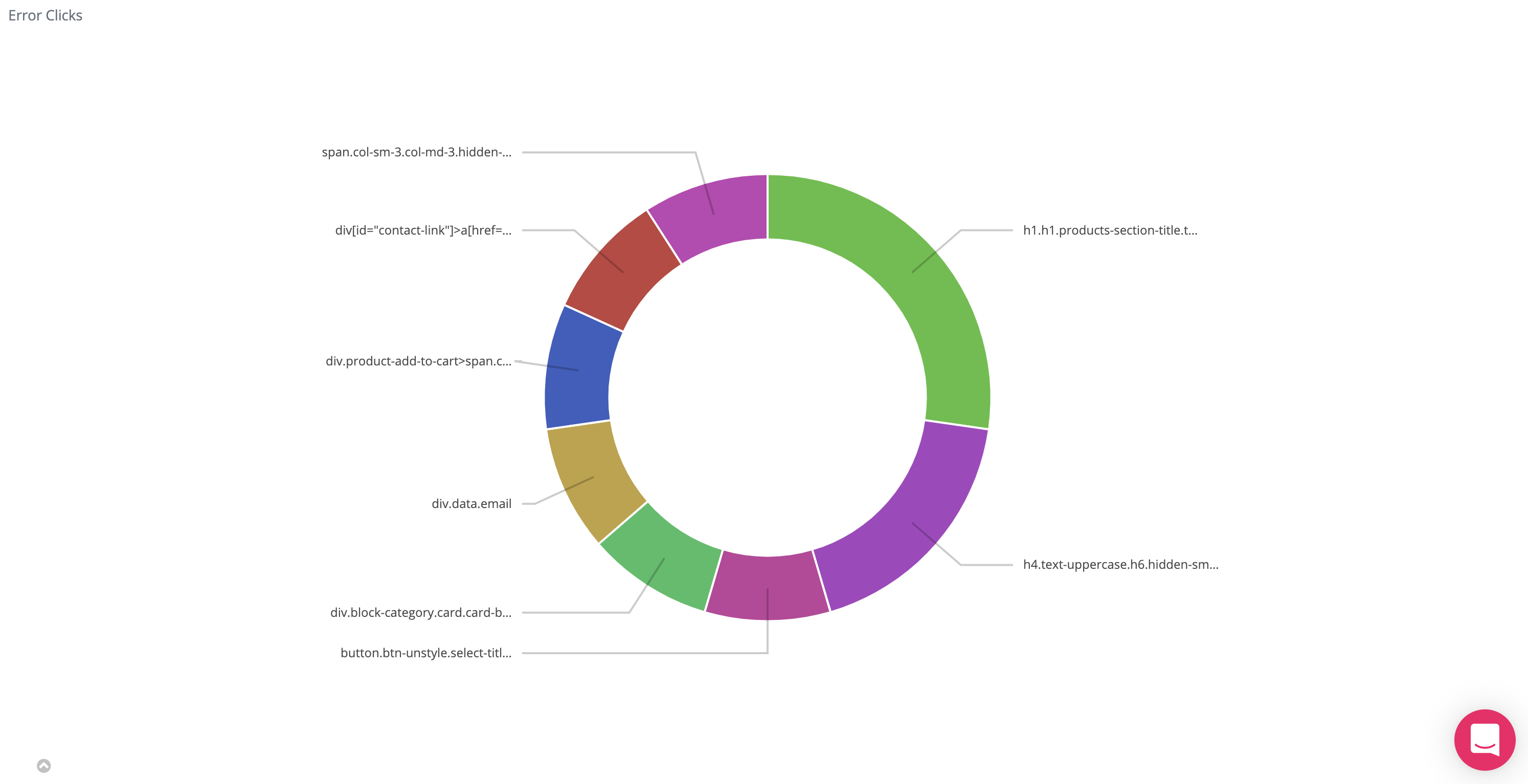 simplicityDX automatically records the CSS selector for the element which triggered the error, along with the console error itself.

This helps you find and identify issues on your site which are causing console errors.

To investigate a specific issue, click on a segment representing a specific CSS selector, this will filter down your dashboard to show data for those sessions which experienced the error.

This will then show you a prioritized list of console errors triggered by that element at the bottom of your 'Home' dahsboard.

Did this answer your question?